SiliconRepublic.com has an excellent article highlighting the rich scientific history of Ireland.

Pop over and read the article, I have a sample snapshot below:
http://www.siliconrepublic.com/innovation/item/24365-scinov2011

Robert Boyle (1627-1691) was born at Lismore Castle, Co Waterford. Boyle is sometimes called The Father of Chemistry. In 1661, he published The Sceptical Chemist. Boyle questioned alchemy, the pseudo-scientific predecessor of chemistry. He taught that the proper object of chemistry was to determine the composition of substances. He coined the term ‘analysis’. In 1662, he formulated Boyle’s Law, which states that the pressure and volume of a gas are inversely related at constant temperature.

George Boole (1815-1864) was the first professor of mathematics at Queens College, Cork (University College Cork today). Boole, sometimes called The Father of Computer Science, developed his system of Boolean Algebra while in Cork. This is used today in the design and operation of electronic computers and electronic hardware responsible for modern technology. Intellectually, George was a child prodigy. He started school at the age of 1½. There is a lovely story of how he went missing one day at the age of 2½. After much searching, he was found in downtown Lincoln in the middle of an excited crowd. Individuals in the crowd were shouting out difficult words to the child as a spelling test. George was fluently and correctly spelling the words and being showered with coins in reward.

John Tyndall (1820-1893) was born in County Carlow. He became one of greatest scientists of the 19th century. Professor of natural philosophy (physics) at The Royal Institution, he did pioneering work on radiant heat, germ theory of disease, glacier motion, sound, and diffusion of light in the atmosphere. He was the first to explain how scattering of light in the atmosphere causes the blue colour in sky. He explained how the gases in the atmosphere trap heat and keep the earth warm. He invented the light pipe, which later led to the development of fibre optics.

Sir Ernest Henry Shackleton (1874 –1922) was an Anglo-Irish explorer, one of the principal figures of the period known as the Heroic Age of Antarctic Exploration. His first experience of the polar regions was as third officer on Capt Robert Falcon Scott’s Discovery Expedition, 1901–1904. He returned to Antarctica in 1907 as leader of the Nimrod Expedition. In January 1909, he and three companions made a southern march which established a record farthest south latitude at 88° 23′ S, 97 geographical miles (114 statute miles, 190 km) from the South Pole, by far the closest convergence in exploration history up to that time. Also, he is known for the Endurance Expedition or The Imperial Trans-Antarctic Expedition (1914–1917), its last major expedition. Along with his expedition, made the first ascent of Mount Erebus and the discovery of the approximate location of the south magnetic pole.

There is a book available too:

The findings of a new report from the National Assessment of Education Progress for Geography in the United States has just been published. They evaluated students in fourth, eighth, and twelfth grade based on their knowledge of geographic concepts and their ability to analyze geographic problems.

Nationally representative samples of about 7,000 fourth-graders, 9,500 eighth-graders, and 10,000 twelfth-graders participated in the 2010 National Assessment of Educational Progress (NAEP) in geography. At each grade, students responded to questions designed to measure their knowledge of geography in the context of space and place, environment and society, and spatial dynamics and connections. Comparing the results from the 2010 assessment to the results from previous assessments in 1994 and 2001 shows how students’ knowledge and skills in geography have changed over time.

We have also prepared a quick sample question for 4th graders on map skills of the United States. Download now, 94k file. 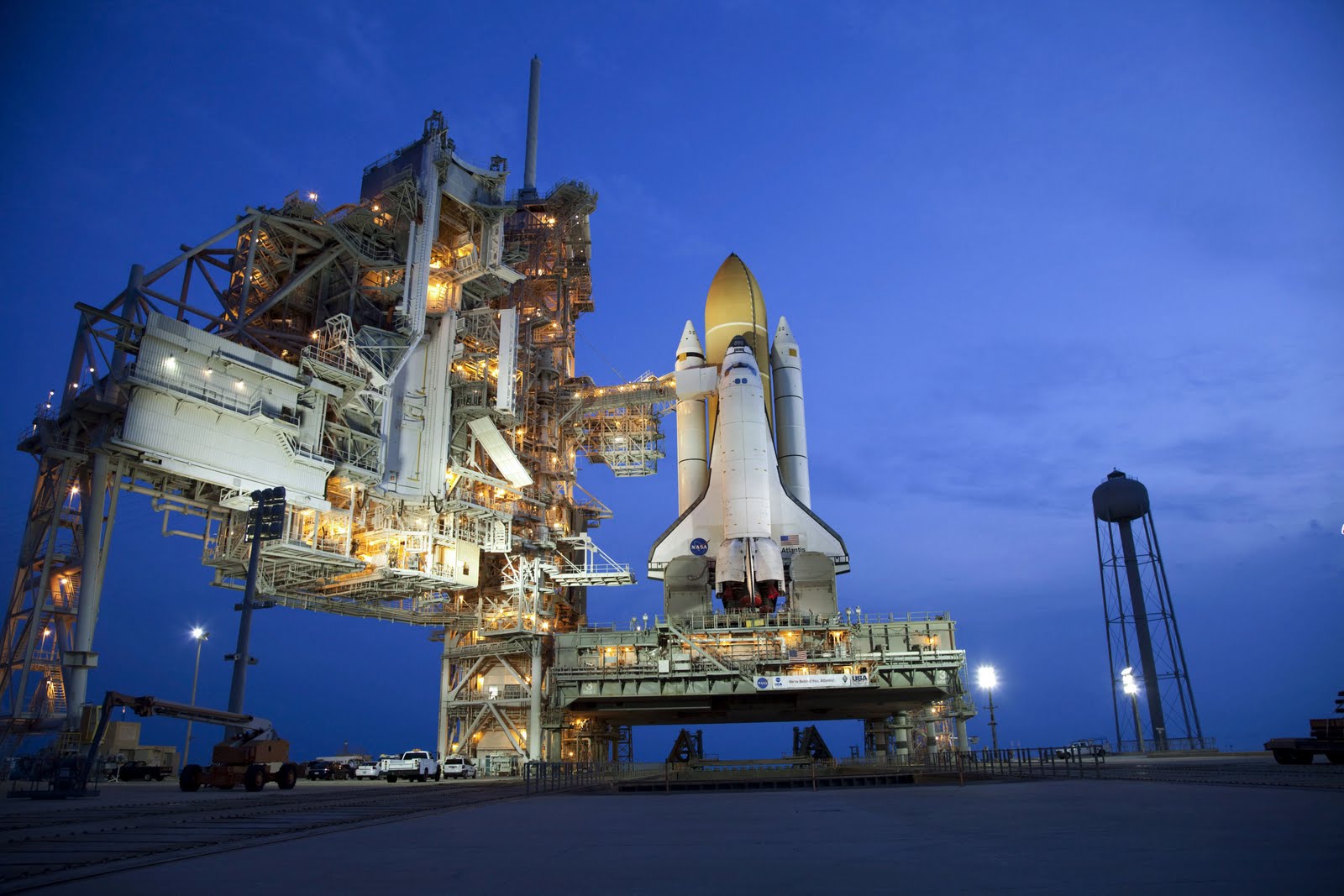 The Space Shuttle Atlantis is due for lift off on Friday, 8 July 2011 at 15:26 GMT. A great way to spark the imagination of kids and get them interested in science, engineering and space.Watch live at NASA TV:
http://www.nasa.gov/multimedia/nasatv/index.htmlWe have sourced an excellent glider kit that you can print and assemble, so you can have your own space shuttle launch.
​

A fantastic photo of the Southern Italian Peninsula at Night from NASA. This is great to illustrate the boot shape of the peninsula, and also how easy it is to see populated areas at night time due to the street lights. The photo was take on June 15, 2011 by an astronaut on the ISS (International Space Station).

At night, Earth’s surface is covered with a delicate tracery of lights, particularly in regions that have a long history of urban development (such as Europe). Large urban areas are recognizable from orbit due to extensive electric lighting and distinct street patterns. With smaller urban areas spread across the land surface and coastlines, the outlines of continental land masses are easily discernable at night.

More information can be found at the NASA website.

Simon Lewis at anseo.net did a great article on must have pieces of software that should be in every primary school in Ireland, the titles are also suited to any school in the world.

Delighted to see that Know Your Ireland is included in the list.

Read the full article at anseo.net

If you think of any other great titles that you use in your school, add it to the comments of the anseo.net article.

NASA have posted some very interesting satellite photos of the wild fires in Ireland that occurred in the first week of May.

May 9th celebrates Europe Day, this is an annual celebration of peace and unity across Europe. Europe Day marks the call on May 9th, 1950, by the then French foreign minister Robert Schuman, for a new beginning in Europe.

This is a great opportunity to learn all about the countries of Europe and the European Union with Know Your Europe.

Know Your Europe, great for learning all about the European Union and the countries of Europe, learn more.

UPDATE – May 16, 2011
The Space Shuttle Endeavour is due for lift off today at around 13:56, watch in the classroom. A great way to spark the imagination of kids and get them interested in science, engineering and space.

Watch the launch at any time at NASA Video Gallery:
http://www.nasa.gov/multimedia/videogallery/index.html?media_id=88591351

Track the Shuttle on Google Earth 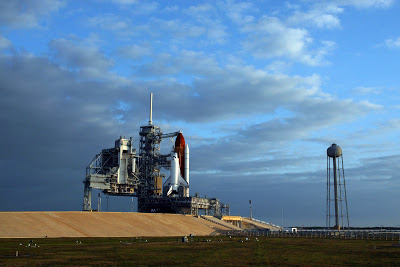 Previous Post
The launch of the Space Shuttle Endeavour has been delayed until May 16 at the earliest. We have sourced an excellent glider kit that you can print and assemble in class, so you can have your own space shuttle launch.

President Obama is visiting Ireland at the end of May and we have put together a quick worksheet to use in the classroom in preparation for his visit, printable PDF.

Know Your USA is our award winning software designed to help users expand their knowledge of the United States. Each geographic feature of the United States is covered in detail including regions, states, state capitals, major cities, rivers, mountains, lakes and national parks.

Japan suffered a major earthquake today at 2:46 pm local time, it occurred about 230 miles northeast of Tokyo. The United States Geological Survey (USGS) said the earthquake had a magnitude of 8.9 on the Richter Scale.

We have put together a 7 page printable map of Japan as a PDF download great for classroom use or for displaying the maps on your interactive whiteboard.

Classwork Ideas
Learn about Japan both its culture and geography. Discuss earthquakes and why they happen, why do they occur often in Japan, see tectonic plates. Research how the Richter Scale was invented and how it measures seismic activity. Study the maps, notice the location of the volcano Mount Fuji in Japan, compare its location with the tectonic plates, is there a reason a volcano might develop here? Colour the blank map and flag of Japan.

Copyright © 2007-20 EdWare Learning Limited. All rights reserved. CRO: 502750
We use cookies on our website, if you continue to use this site we will assume that you are happy with it.Ok