The 2019 Rugby World Cup is the ninth Rugby World Cup and is being held in Japan from 20 September to 2 November 2019. This is the first time the tournament has been held in Asia.

We have pulled together a 7 page printable map of Japan as a PDF download great for classroom use or for displaying the maps on your interactive whiteboard.

The Macedonia parliament agrees to change country’s name to the Republic of North Macedonia, ending a 27-year Greek dispute. Greece has three administrative regions that share the Macedonia name as shown in the map below.

The region of Macedonia extends into Greece, the Former Yugoslav Republic of Macedonia, Albania, Bulgaria and Serbia as well as small areas of Kosovo.

A new version of Know Your Europe will provide updated content to reflect this recent change. 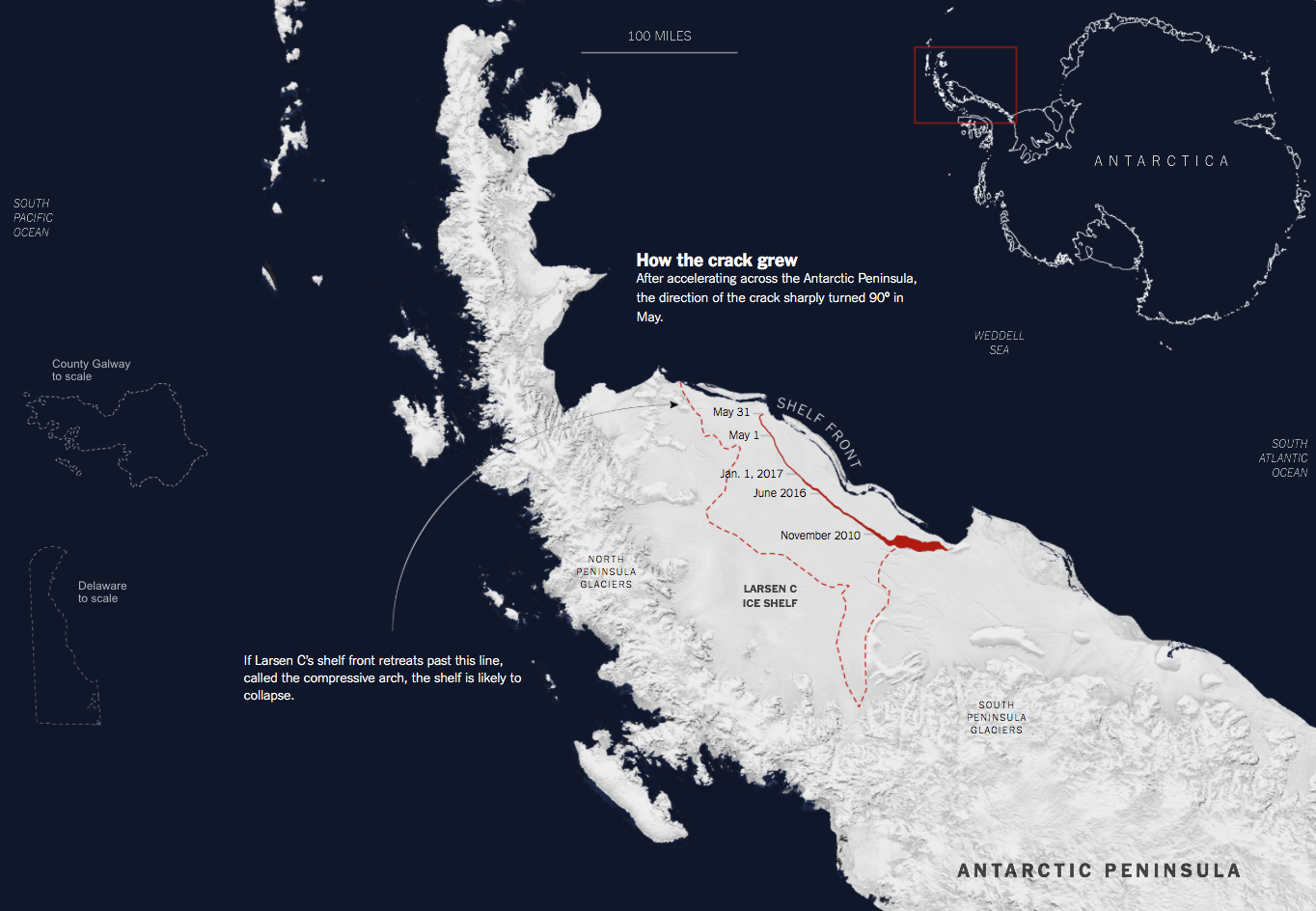 A chunk of floating ice that weighs more than a trillion metric tons broke away from the Antarctic Peninsula, producing one of the largest icebergs ever recorded and providing a glimpse of how the Antarctic ice sheet might ultimately start to fall apart.

Our free online resource is featured in this weeks Scoilnet newsletter as a “Top 5 Resource”, to play online visit the website for online games.

We highly recommend Know Your Ireland which brings many advance features including learning about towns & cities, the physical features plus much much more.

A user of our software in New York City sent us this photo he took of NASA’s Space Shuttle Enterprise being transported along the Hudson River in New York earlier today. The retired shuttle will be displayed at the New York City’s Intrepid Sea, Air and Space Museum.

The 2012 UEFA European Football Championship (Euro 2012), will be the 14th European Championship for national football teams organised by UEFA. The final tournament will be hosted by Poland and Ukraine between 8 June and 1 July 2012.

We have prepared a great worksheet based on the 16 countries playing in Euro 2012, download for free today and use in your classroom over the next few weeks.

This is a great time to study the 16 countries of Europe taking part in the tournament, including Ireland.

In Know Your Europe 2.0 you can print maps of each country, view photos, learn about their capital cities, and much more.

This is a great photo of sunny clear Ireland, taken by NASA, click on the photo to see it bigger. Normally Ireland has at least some cloud cover, in this satellite photo we have none.

Try and spot each physical feature of Ireland, with no clouds it is easy to find the mountains, lakes and islands. You can also spot the urban areas of Dublin, Belfast, Cork and Limerick.

An interesting point on the map, notice the orange area west of Limerick City on the River Shannon, this is Aughinish (the largest alumina refinery in Europe).

Early intervention and sustained individual support for every student are keys to educating the whole child in Finnish schools.

This is an excellent look into Finland’s school system.

An excellent time lapse sequences of photographs taken by Ron Garan, Satoshi Furukawa
and the crew of expeditions 28 & 29 onboard the International Space Station from
August to October, 2011.

Time Lapse View from Space, Fly Over from Michael König on Vimeo.

Shooting locations in order of appearance:

Thailand and Cambodia continue to cope with widespread flooding in November 2011. Many communities in Thailand had spent weeks under a meter (3 feet) or more of water, and floods had affected two-thirds of the country’s provinces.

Due to the floods thousands of people have died and hundreds of thousands more have been made homeless. It is estimated that over 2.4 million people have been directly affected by the floods. There is also greater risk of disease due to pollution in the water and waterborne diseases.

Economically the floods have been devastating. The floods have affected rice crops, a main food source of the local people, but also a large export crop. Rice exports in Thailand account for one-third of the total global market. This could lead to a shortage in rice and a price increase worldwide.

The floods in Thailand have also affected the production of cars and electronic equipment, resulting in price increases for these items around the world. Over 50% of the world’s hard drive production is based in Thailand. Hard drives are a vital component of computers and due to the floods there has been a worldwide shortage, increasing prices. Both Toyota and Honda have car production plants in Thailand which have been flooded, resulting in loss of production and millions of dollars of damage.

Copyright © 2007-20 EdWare Learning Limited. All rights reserved. CRO: 502750
We use cookies on our website, if you continue to use this site we will assume that you are happy with it.Ok